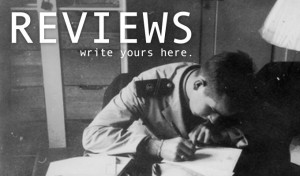 A few fine reviews came in this week from England and Scotland, along with an in-depth discussion on songwriting, the recording process for Archer’s Arrow, and more, with one of the great singer/songwriters of our time, Bill Mallonee.

Check out these links for the good news:
“It was 2013 and, out of nowhere it seemed, Adam Klein produced what became my favourite album of the year – Sky Blue DeVille. Deeply romantic, beautifully produced and boasting some great guitar work, it was an album to lose yourself in, a thread to follow from beginning to end and be glad that you were alive and sentient to appreciate it. Well, 2015 comes along and the boy has done it again; Archer’s Arrow is… just as much of a gem as its predecessor… One of the great qualities of Sky Blue DeVille was a restraint that kept a tension running throughout; here that tension spills over the edge and the band’s inner rock gods come bursting through – gloriously! Most importantly, the trick achieved on the earlier album has been repeated here; the arrangements and the production make the most of Adam Klein’s singing, which forever has an air of pained yearning about it… This guy is familiar with the dark side of life and love and knows how to evoke it… Adam Klein has produced another collection that is an utter joy to give yourself over to…” John Davy, Flyin’ Shoes

Quintessential Americana
“Adam Klein’s main strength as a performer is that he is so likeable, the songs have an openness and a lack of pretension. I expect he’d be a fine companion to share a beer with and whilst having that drink this record would be a fine soundtrack – it’s perfect for that, warm and heartfelt with enough guitars to satisfy… Klein has the gift of making music seem easy, like you don’t have to work at it, like the songs form themselves. This is Americana in excelsis… an immensely likeable record on many levels, it distils so much of the ethos of our website that it could be used as a primer for what Americana means to us.“- David Cowling, Americana UK

“… a fine album, a great ride. There is an unstudied quality about it, a looseness that is endearing… I think it’s your best yet”- Bill Mallonee

Read the full conversation with Bill on his blog, Songs for the Journey and Beyond. And check out his massive, brilliant catalogue of material here.