In death, John Davy, to me, seems larger than life. He built his cottage on the edge of a craggy peninsula in the Western Highlands of Scotland in a remote community called Scoraig. Way north, off the grid, at the end of the land. The closest road was nearly a five mile walk away. He built dikes out of stone hewn from the shores of Little Loche Broom. Electricity came from a windmill. Water from a well. There, he and his wife Deborah raised a family and Exmoor ponies. John loved music. He wrote about it eloquently on his blog, Flyin’ Shoes, on which he kindly published thoughtful, poetic, reviews of my last three albums. He hosted house concerts for touring musicians. You got there by boat or he picked you up on the main road by tractor and drove you to his homestead. It’s the kind of place a songwriter and explorer wants to get to. You want to be there, to feel it, to try to know it from even a brief visit. You want to blend its mystique with the passing reality of a moment on its land and in its homes. A new picture to carry with you and perhaps long for.

It’s hard to say to whom my music matters. Beyond a few close friends who are familiar with my work, show great interest, and find it to be inspired, I don’t know if others are affected by it and welcome my songs into their experience of life in this world. As an independent artist, I release my albums, available to all, and do some questionable version of self-management. But to John Davy, my music mattered, and it’s for the likes of him that my music is made.

I was struck by how affecting and deeply felt his loss was to me. He offered me gratifying validation- the wondrous feeling of knowing what it’s like for someone to care and value your work. I’ve certainly been on the other side of the picture, as a music fan, but rarely has such appreciation been expressed to me as a songwriter.

He showed me that my songs and recordings can move people in transformative ways and possess a real, raw power. In a sense, he revealed to me myself, confirming a possibility in my music I had quietly considered yet not actualized as a sustainable living.

It’s a most affirming and empowering thing to know that this hearty man who carved out for himself a hardscrabble life in a far-off wilderness where the rocky land meets the cold sea invited my songs into his life and was touched.

So to John Davy, I’m grateful. I had not fully realized the import of his appreciation of my music until learning of his passing. My thoughts are with his family and community as our communion in song on this earthly plane is cut off.

I do wish I had finished my next album and sent him the songs before he passed. I wish I had gone to Scoraig. I’ve come to believe that if someone cares for your work so much, you need to get there. That’s all. And I didn’t get there, and I didn’t meet him. To have met him would have been a great joy in my life.

I resolve to get there someday, to visit, to see Deborah, to be in the wild Highlands where this man experienced my music, and to give thanks.

His was a poetic life to me. A life of an artisan, fashioning rock, alive every day to create, nurture, and take in the goodness of the earth and its bounty.

To him, I lift a glass across the world with awe and wonder. 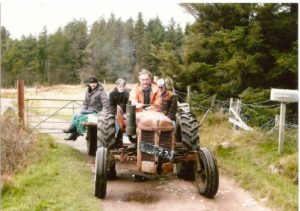 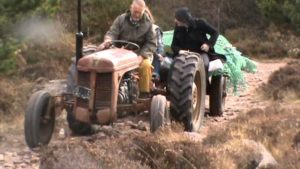 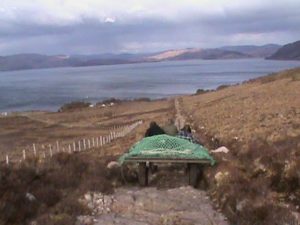 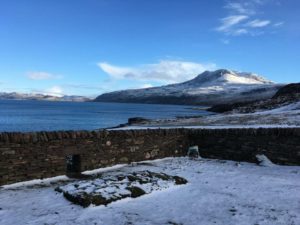